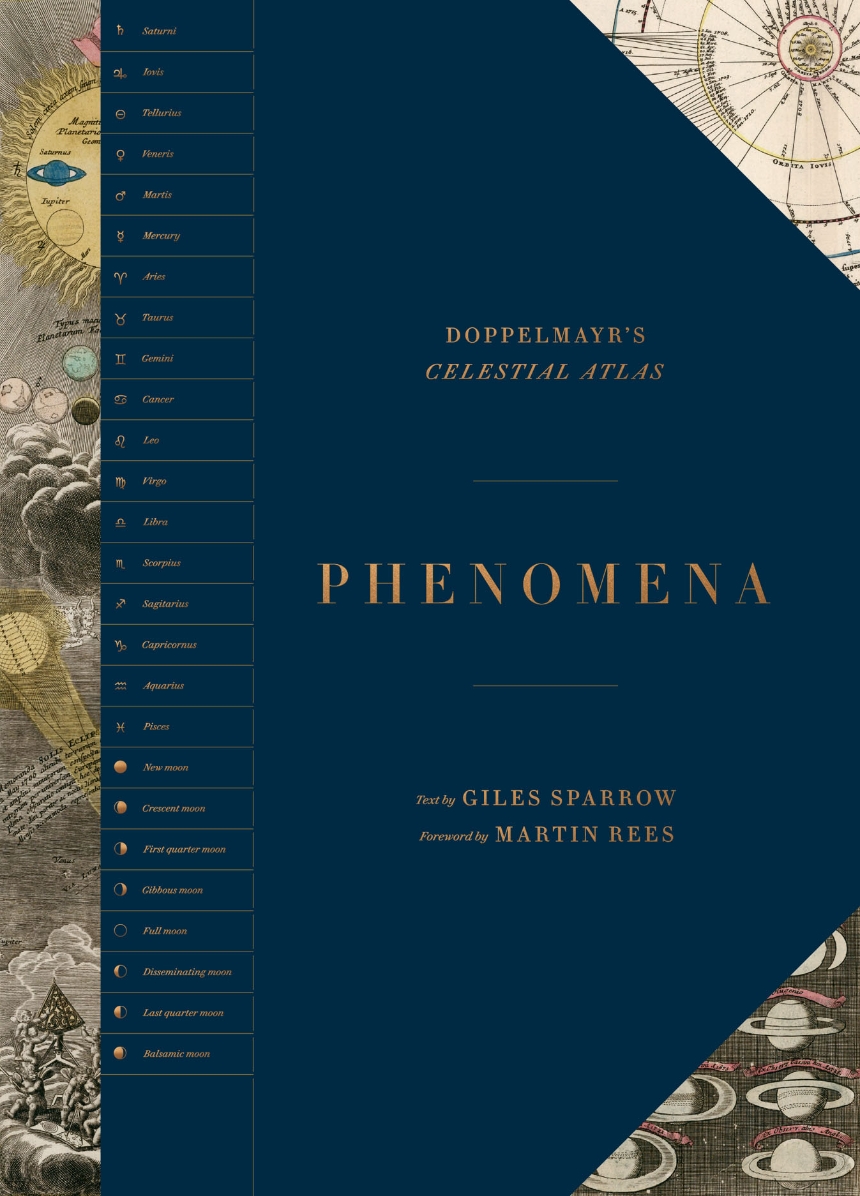 With a Foreword by Martin Rees
Lavishly illustrated volume revealing the intricacies of a 1742 map of the cosmos.

The expansive and intricate Atlas Coelestis, created by Johann Doppelmayr in 1742, set out to record everything known about astronomy at the time, covering constellations, planets, moons, comets, and more, all rendered in exquisite detail. Through stunning illustrations, historical notes, and scientific explanations, Phenomena contextualizes Doppelmayr’s atlas and creates a spectacular handbook to the heavens.

Phenomena begins by introducing Doppelmayr’s life and work, placing his extraordinary cosmic atlas in the context of discoveries made in the Renaissance and Enlightenment and highlighting the significance of its publication. This oversized book presents thirty beautifully illustrated and richly annotated plates, covering all the fundamentals of astronomy—from the dimensions of the solar system to the phases of the moon and the courses of comets. Each plate is accompanied by expert analysis from astronomer Giles Sparrow, who deftly presents Doppelmayr’s references and cosmological work to a modern audience. Each plate is carefully deconstructed, isolating key stars, planets, orbits, and moons for in-depth exploration. A conclusion reflects on the development of astronomy since the publication of the Atlas and traces the course of the science up to the present day. Following the conclusion is a timeline of key discoveries from ancient times onward along with short biographies of the key players in this history.

"It seems something of a disservice to a work of this seriousness to say how beautiful it is, but that is what will first strike the reader. . . . This is a book ultimately as accessible to the non-scientist as it is to the specialist. Doppelmayr’s mathematical notations of the motions of the planets, the charts of loops, parabolas and ellipses might at first seem a baffling panorama of unknowing. With Sparrow’s help, however, they give up a story of increasing fascination."

"Lovers of antiquarian science will
welcome the publication of this meticulously crafted edition of Johann Gabriel Doppelmayr’s Celestial Atlas, first printed in 1742. . . Bound in heavy boards with handsome marbled end papers, this is a book of enduring appeal."

"In his new book Phenomena, Giles Sparrow presents Doppelmayr’s thirty Atlas Coelestis plates in vivid, large format reproductions that are then extensively annotated to provide the modern reader with an understanding of not only what the Atlas conveyed to the readers of its day but also the significance of this information understood from our own modern day perspective. . . For anyone interested in the history of astronomy, cartography, or of early modern science in general, as well as all who relish the opportunity to spend time with a truly gorgeous book, this new presentation of Doppelmayr’s Atlas is a book well worthy of consideration." 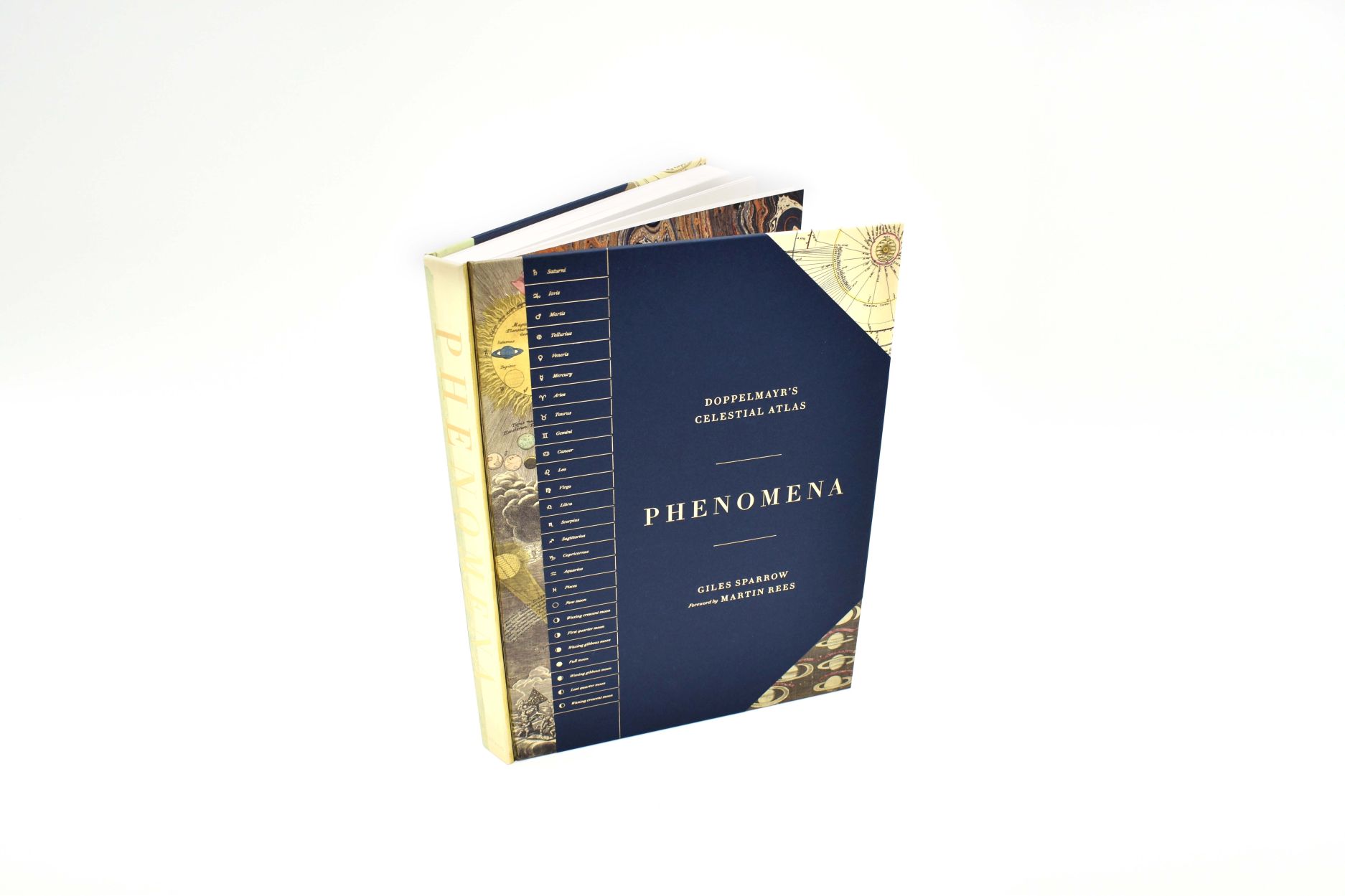 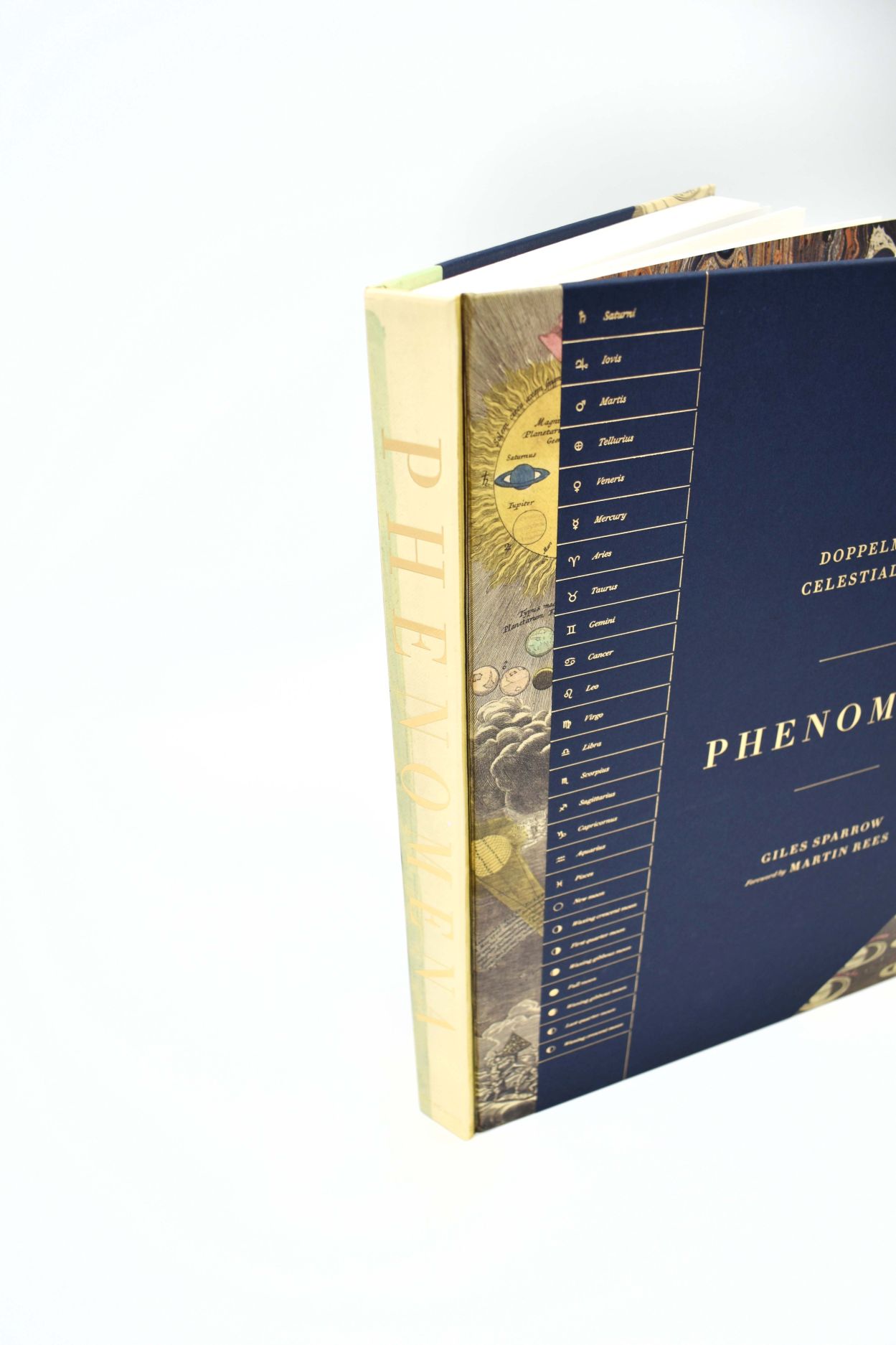 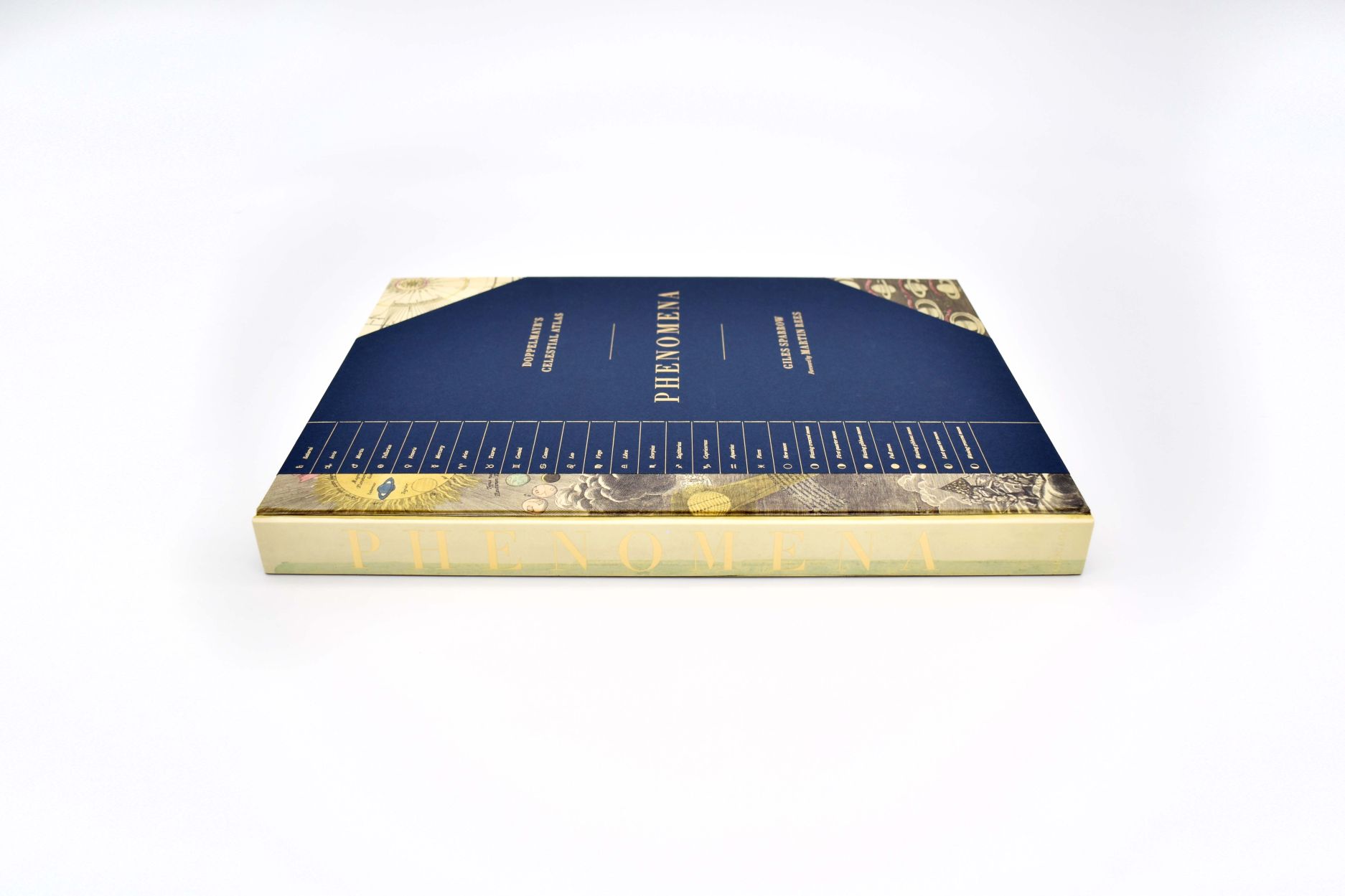 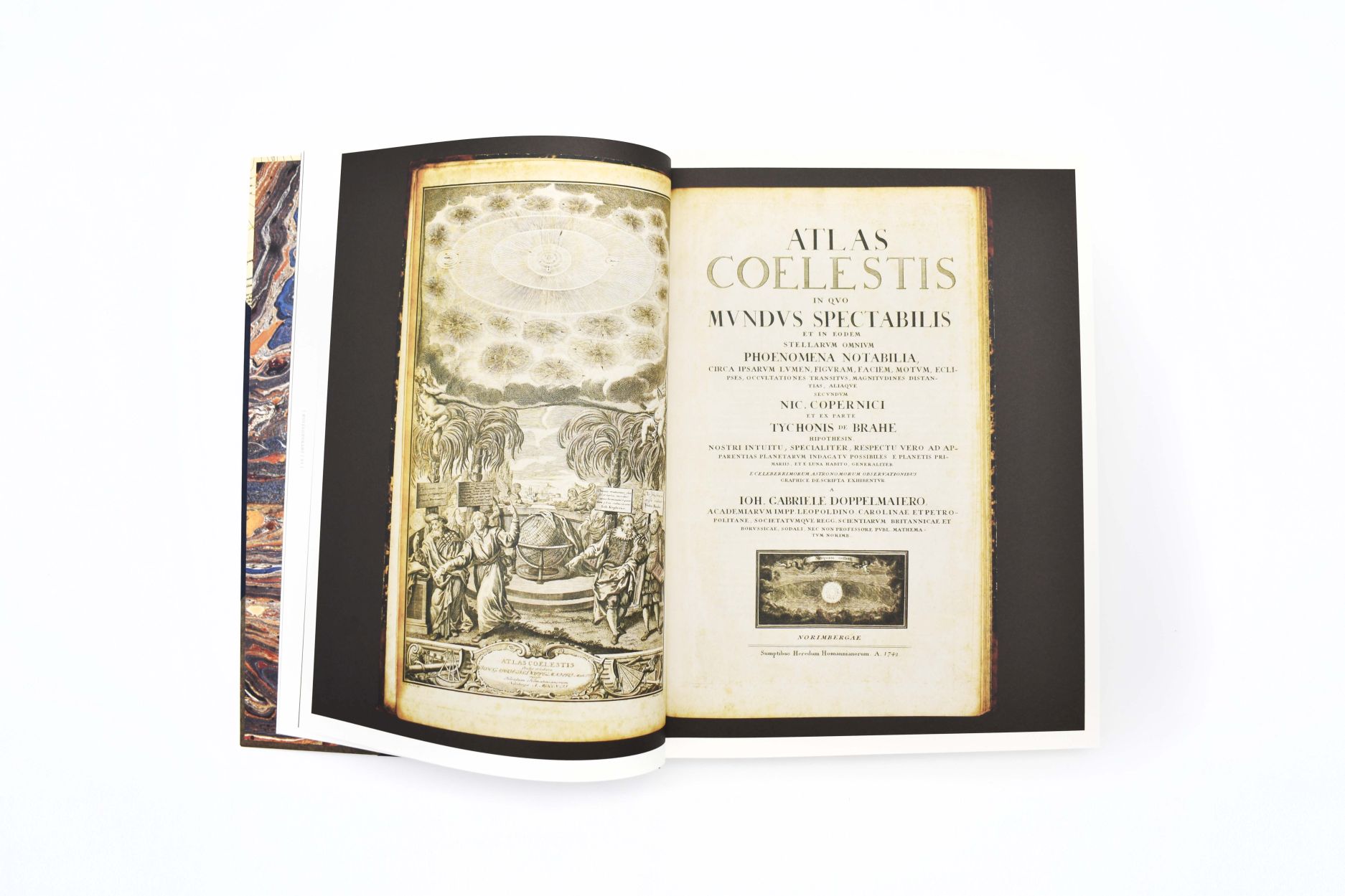 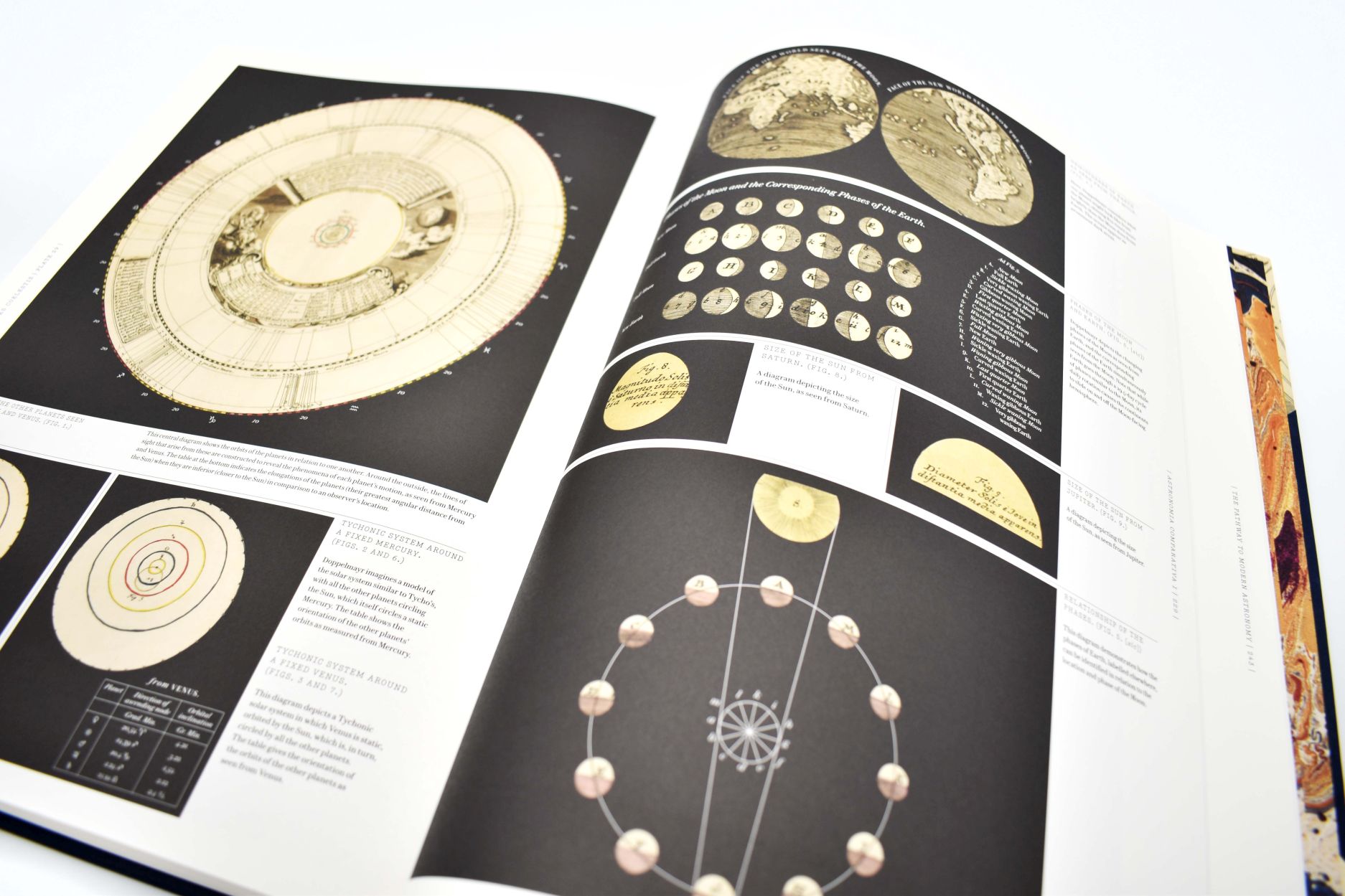 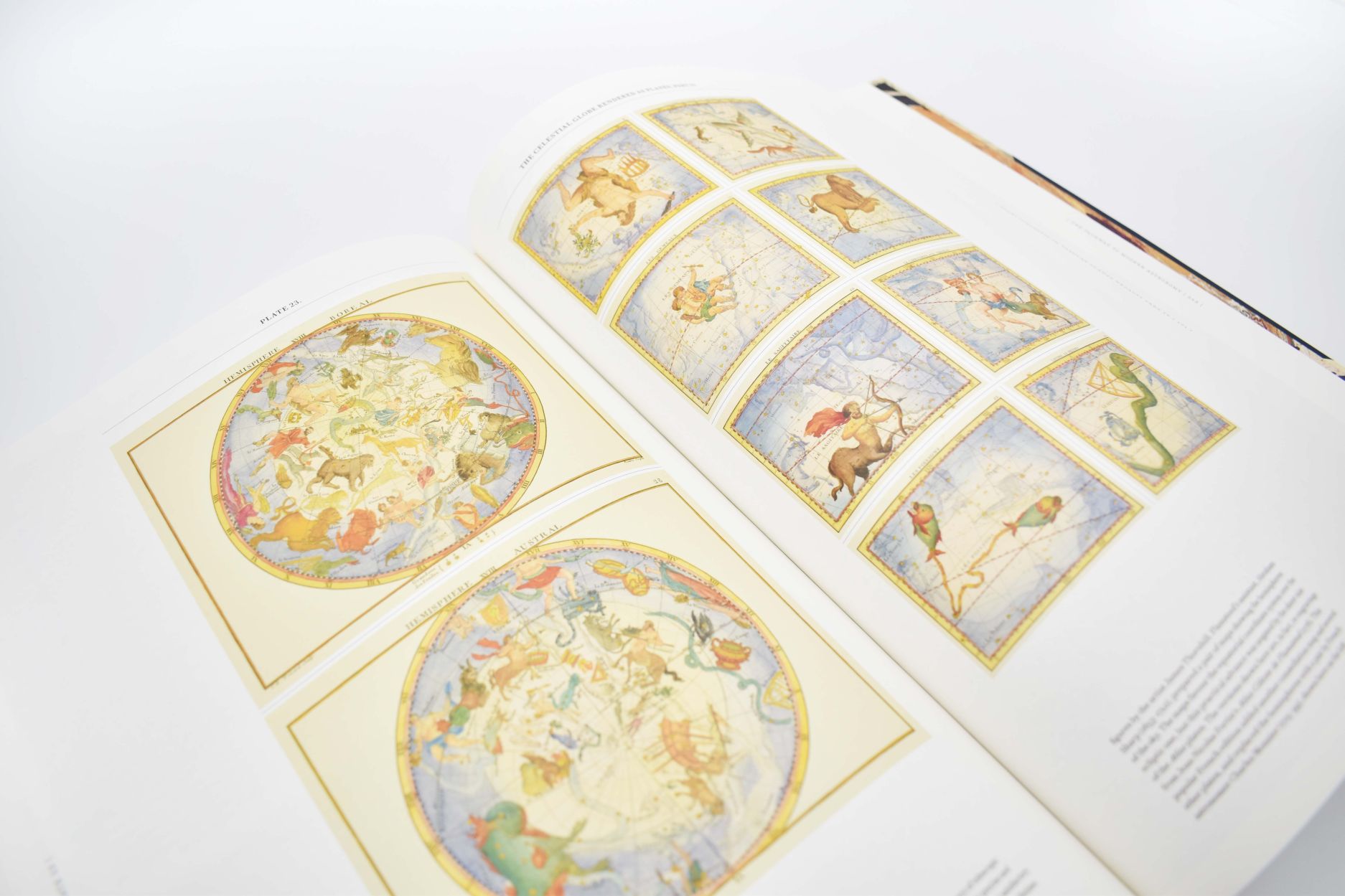 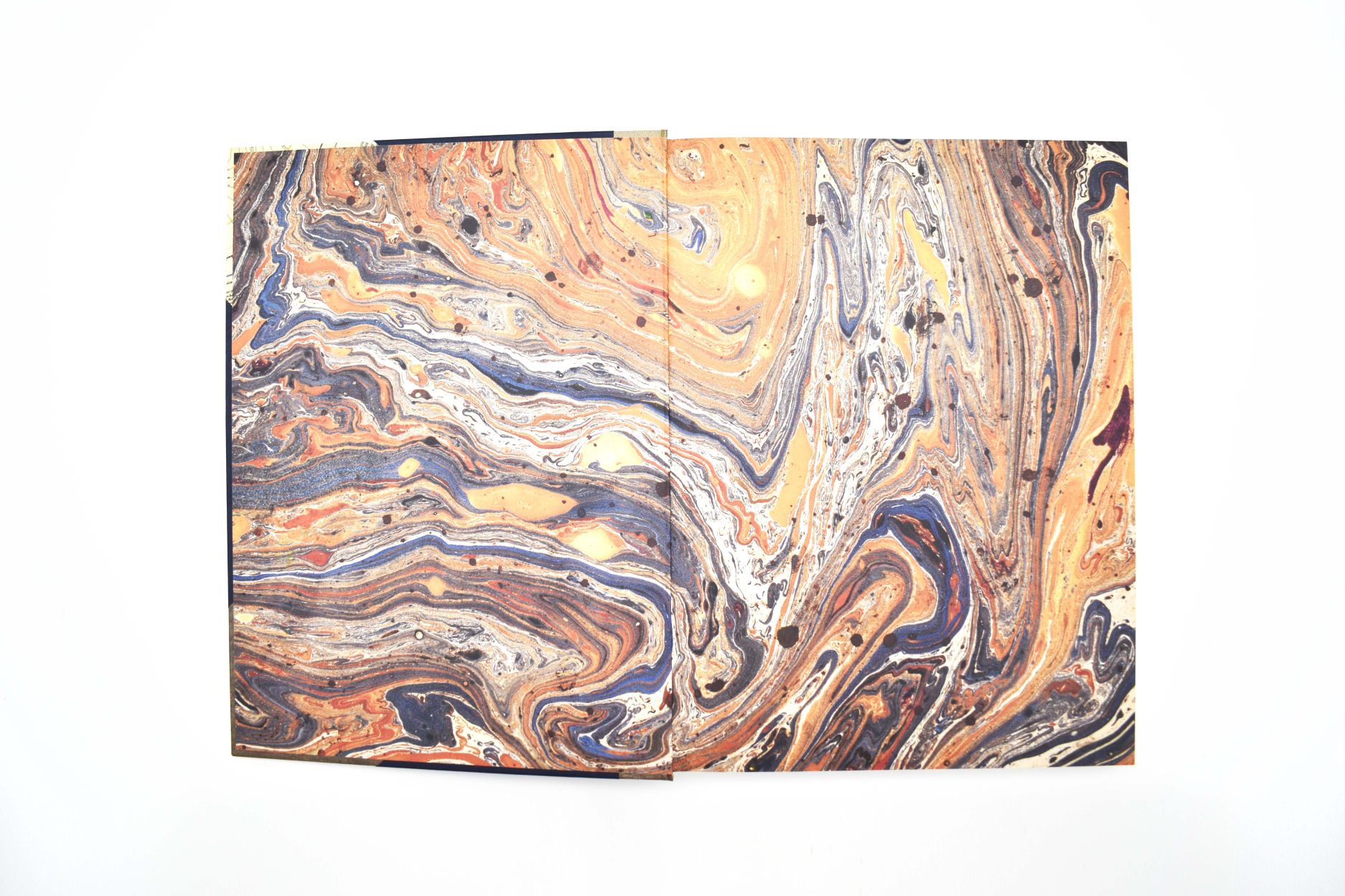